I would like to apologize (to anyone that cares) for the tardiness of this post. I have for the majority of my life, been very much on time, for everything…unfortunately everyone else seems to have a different scope of time than I do. Constantly throughout my life I have been subjected to dialogues such as this:

Inquisitor: “I wanted that assignment on the 5th.”

Inquisitor: “Yes of April! It was due in February!”

Inquisitor: “Go back to the time out chair!”

Me: “This is egregious!”

Inquisitor: “That’s it! I’m sending a note home to your parents!”

But, I digress. What was I writing about?

Well, as I mentioned before here I would be having a guest come help with the pictures and here he is:

Blade was very excited to be a part of the opening of the coffin boxes as was I. There are very few times in life that having a hook and a blade for hands would be beneficial for anything other than a job in a meat factory or for killin’ folk and this happened to be one of them.

Blade can’t talk but he knows how to get my attention, apparently he’s been waiting long enough for me to get started. He also “requested” that his close ups be in black in white. He’s kind of a diva to be honest. 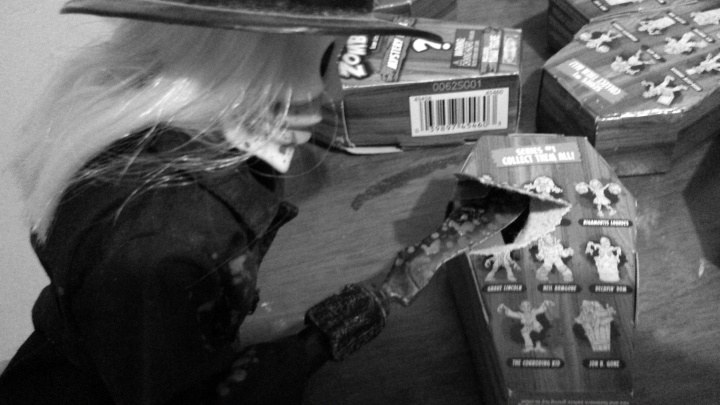 Well as you can see Blade as gotten into the first coffin! 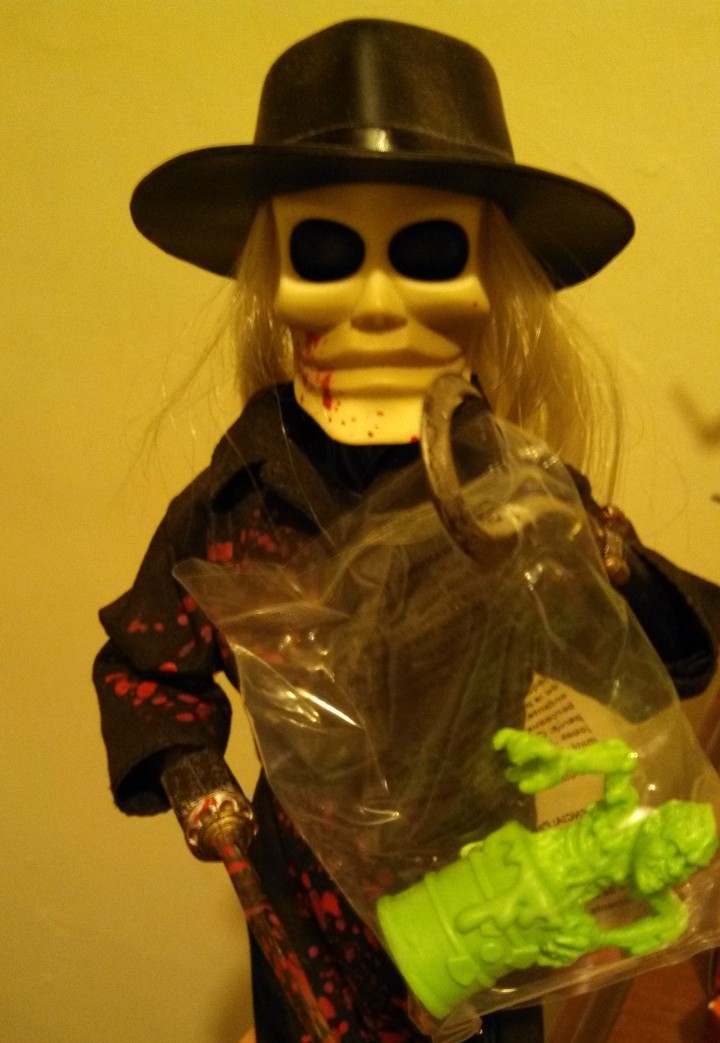 Ewww! Toxic Zombie!!! Look at the glow on Blades face! He’s so proud of his rotten prize. And you know what? So am I. 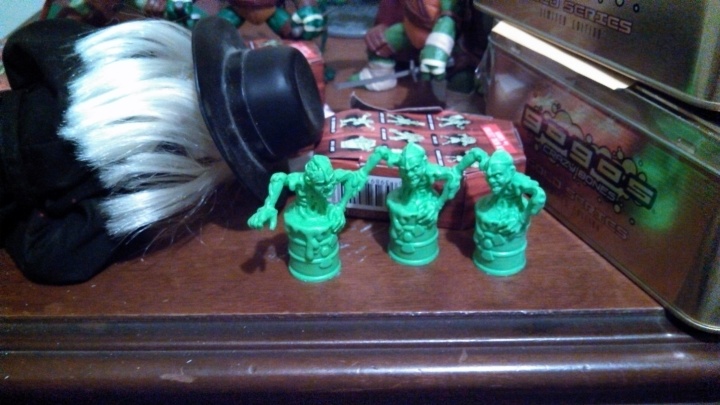 Ugh, after two more tries I now have three of the same zombie. Blade is utterly disinterested, but I persevere!

Blade seems a bit more interested at the sight of a fresh new Zombie Delivery Guy! I still had to hold him up to see it but any progress is good progress i suppose!

After a less than solid run of four out of eight tries I found…very little to celebrate. Until I remembered they were only $.50!!!! Either way not the most exciting update and perhaps not worth any of the wait…SSSSoooooo, here is something a lot cooler. A picture of Dead Eye Duck. One of the characters on a mildly successful mid-90’s saturday morning cartoon. It was also surprisingly cheap. 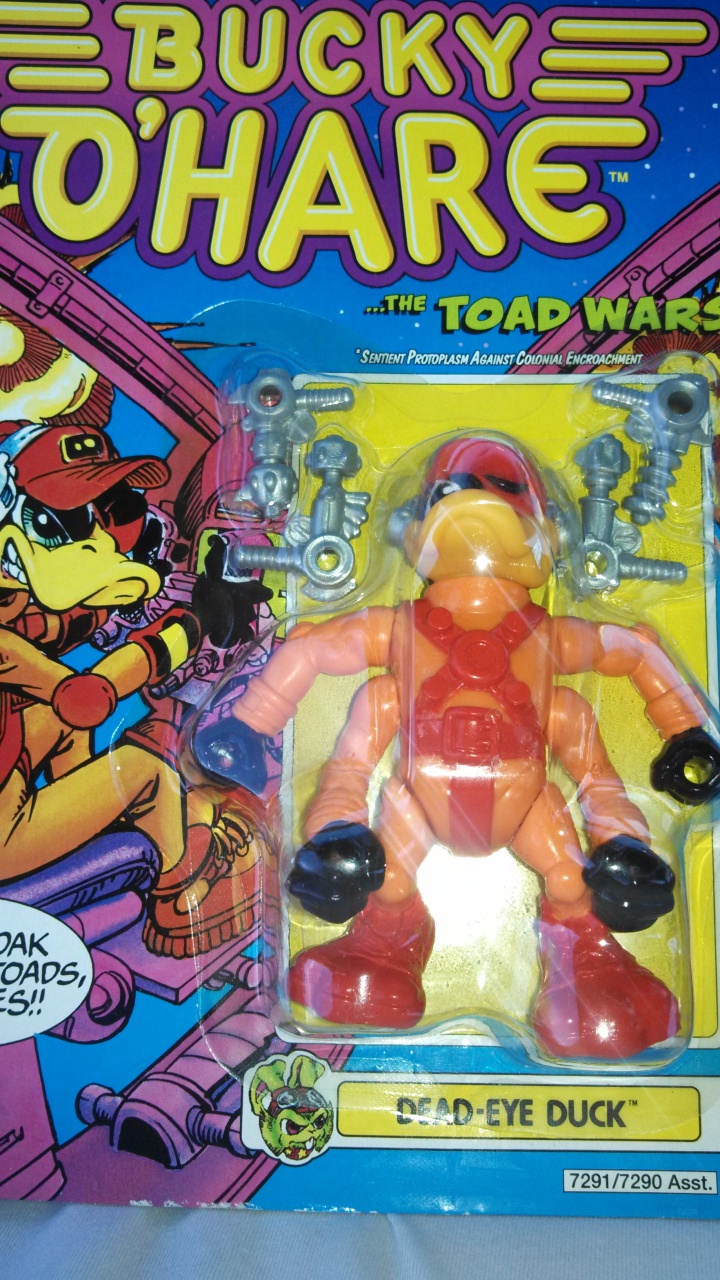 For more half-ass posts keep watching, as I may or may not post some more.

What is your quest?